Welcome to Instant Pot Terminology for Instant Pot Beginners. We decided to put a list together of all the different Instant Pot terms so that you can get to grips with what everyone is saying when they are talking about their Instant Pot Electric Pressure Cooker.

We got our Instant Pot Duo 7 in 1 during the Black Friday deals. We had been thinking about getting one for a while and waited to get the best price for it.

But for us when we thought of pressure cooking it goes back to grandparents cooking with them.

They would make mushy peas in it and you could guarantee that the wrong amount of liquid would be used and you would end up with mushy peas stuck to the ceiling.

It was always made worse by the fact that they were horrible and bright green and that my rooms were really tall so even Michael Jordan would have problems getting them off!

But things have gone electrical and with going electrical means that you often feel like you need loads of manuals, loads of how to guides and it feels like everyone is talking in a foreign language to you.

I know this because THIS WAS ME. I really didn’t have a clue when people were talking about all these different things to do with pressure cooking (or Instant Pots) and it had that crazy overwhelmed feeling.

No wonder so many people buy the Instant Pot and leave it sat in the box for six months.

They have fear of the unknown and with all these code names, it makes them think that it is something over complicated when it is not.

So if this is YOU then read on and relax and get to know all those quirky little names that people are talking about all the time.

When someone says to you:

You need to cook your meat on manual in your IP for 22 minutes and remember to adjust the time.

Do so in advance so that it will start cooking with the timer while you are at work. Allow HR at HP using the PIP method. Remember to set the valve to sealing that your sealing ring is still working.

Yes I know. Sounds rather difficult to understand and I felt just like that when I got mine.

Loads of people would email me when I started my Instant Pot Recipes asking me what PIP I used and I had to Google it to understand.

But now read on and I bet you could crack my code: 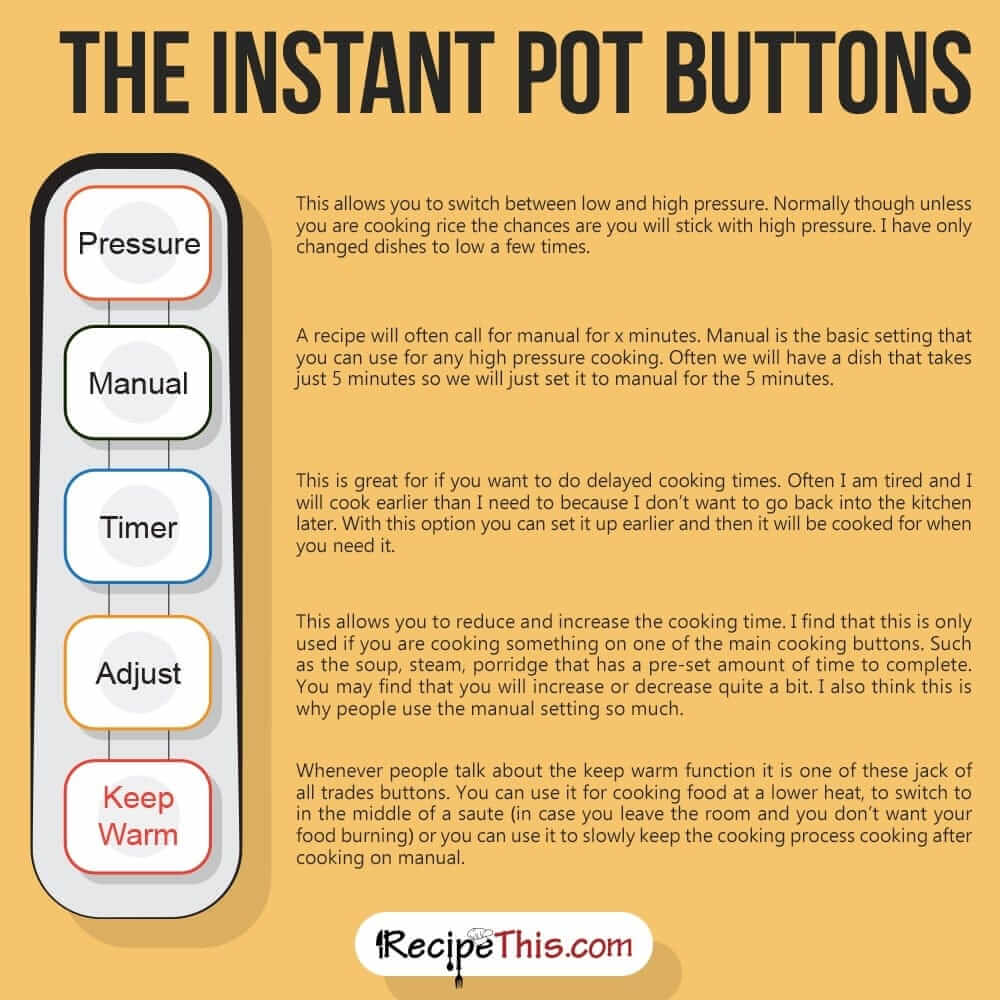 Let’s start with the easy Instant Pot ones and these are the buttons that you will often see on the Instant Pot.

Pressure – This allows you to switch between low and high pressure. Normally though unless you are cooking rice the chances are you will stick with high pressure. I have only changed dishes to low a few times.

Manual – A recipe will often call for manual for x minutes. Manual is the basic setting that you can use for any high pressure cooking. Often we will have a dish that takes just 5 minutes so we will just set it to manual for the 5 minutes.

Timer – This is great for if you want to do delayed cooking times. Often I am tired and I will cook earlier than I need to because I don’t want to go back into the kitchen later. With this option you can set it up earlier and then it will be cooked for when you need it.

Adjust – This allows you to reduce and increase the cooking time. I find that this is only used if you are cooking something on one of the main cooking buttons. Such as the soup, steam, porridge that has a pre-set amount of time to complete. You may find that you will increase or decrease quite a bit. I also think this is why people use the manual setting so much.

Keep Warm – Whenever people talk about the keep warm function it is one of these jack of all trades buttons.

You can use it for cooking food at a lower heat, to switch to in the middle of a saute (in case you leave the room and you don’t want your food burning) or you can use it to slowly keep the cooking process cooking after cooking on manual.

You may also find it associated with:

QR = Quick Release – This is probably the most common phrase. Basically when you finish cooking in the Instant Pot you can leave it to carry on cooking until the pressure releases. Or you could do quick release where you open the valve on the Instant Pot and remove pressure as soon as the food has finished cooking.

NR = Natural Release – This is the opposite. Instead of releasing the pressure early you wait for natural pressure to release instead.

HP = High Pressure – This is where you cook something on high pressure compared to low pressure.

LP = Low Pressure – This is the opposite of the high pressure and is associated with cooking rice in the Instant Pot. Though please note – the older Instant Pot models don’t have a low pressure option, though our Duo version comes with a low pressure setting.

EPC = Electric Pressure Cooker – I often see this being used on social media. Just because it is so much easier to put EPC than to type it out in full.

PC = Pressure Cooker – Or the even shorter people might even use the term pressure cooker instead.

Trivet = Now this freaked me out when I got my Instant Pot. You see it is a phrase associated more with Americans than us Europeans and we would say steamer rack or steamer shelf. So in other words that silver rack that comes with your Instant Pot that you put at the bottom of your pot. 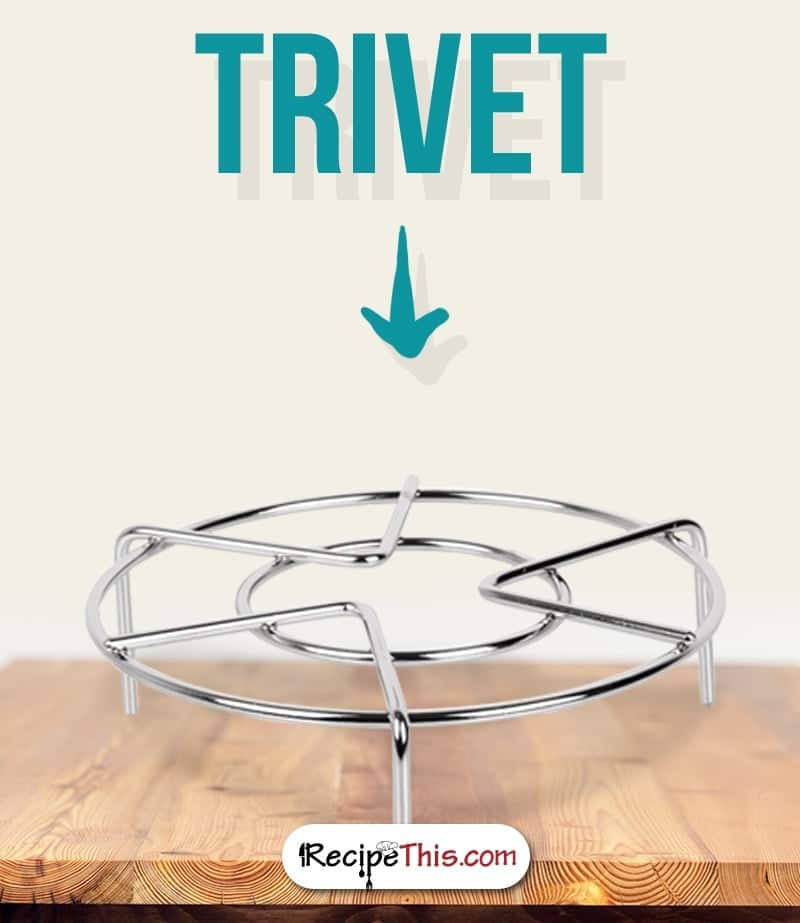 Sealing Ring = The main inner sealing ring – This is the sealing ring that fits into the inside of the lid of the Instant Pot. It is needed in order to seal the Instant Pot and so that it can go to pressure. They need replacing regularly so it is always a good idea to have a spare one for just in case. 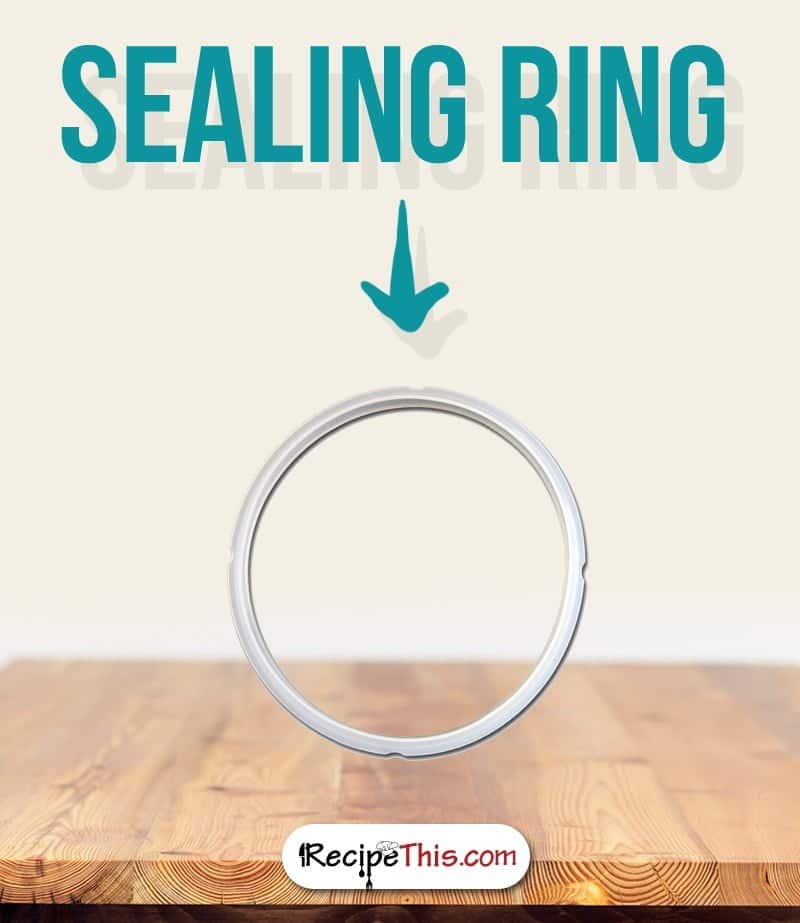 SS = Stainless Steel – SS is often referred to when you are talking about the material used in the Instant Pot.

Valve = Sealing Valve – This is the little valve at the top of your Instant Pot. It is important that you set it in the direct of sealing in order for your pressure cooker to reach pressure.

Exterior Pot = Main Instant Pot – This is the outer pot in the Instant Pot. You cant cook directly on this as this is the shell but you will place your Stainless Steel Bowl/Inner Pot into it each time you cook.

SSB = Stainless Steel Bowl – This is the pot that fits directly into the Instant Pot that you use for cooking with. It is one big pot and then you always cook inside of it. 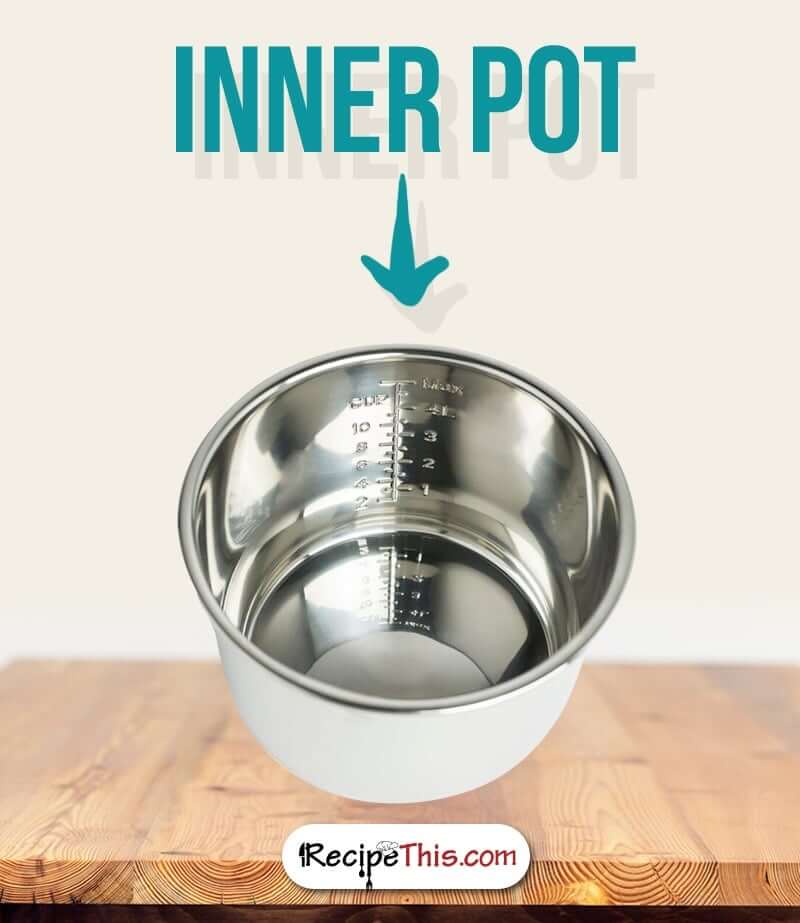 SB = Steamer Basket – This is the basket that is used to steam foods inside of the Instant Pot Stainless Steel Bowl. 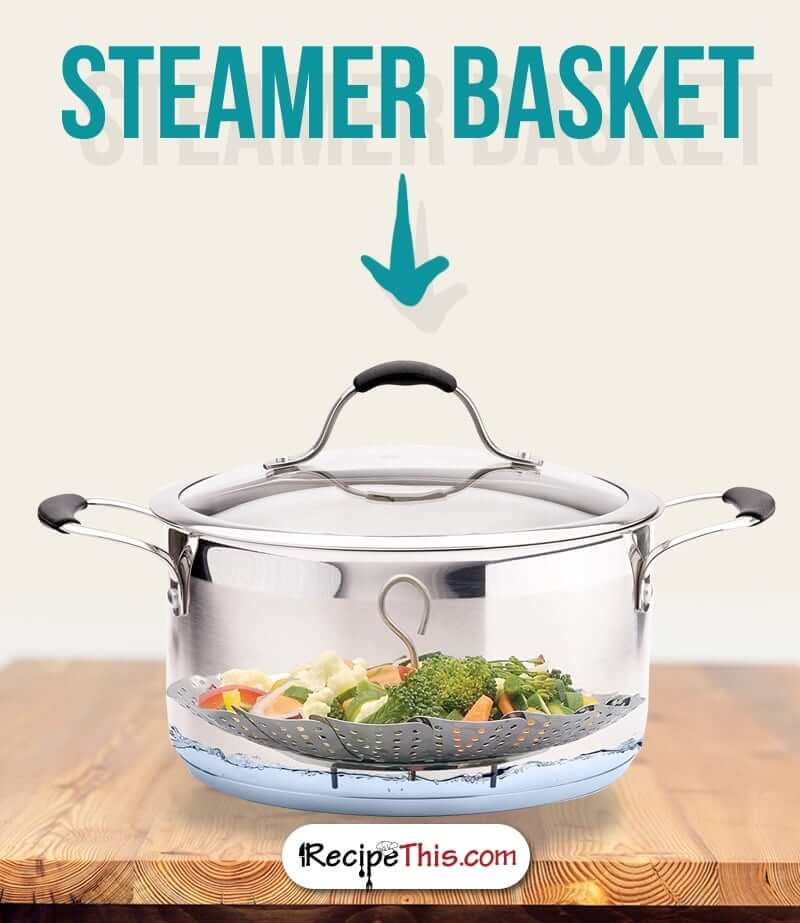 PIP = Pot In Pot – Pot in Pot is mentioned a lot in cooking in the Instant Pot. It involves placing another pot inside of the Instant Pot when cooking. Such as using a ramekin when making mini cheesecakes.

But now when someone says to you:

You need to cook your meat on manual in your IP for 22 minutes and remember to adjust the time. Do so in advance so that it will start cooking with the timer while you are at work. Allow HR at HP using the PIP method. Remember to set the valve to sealing that your sealing ring is still working.

And I bet you have cracked it! 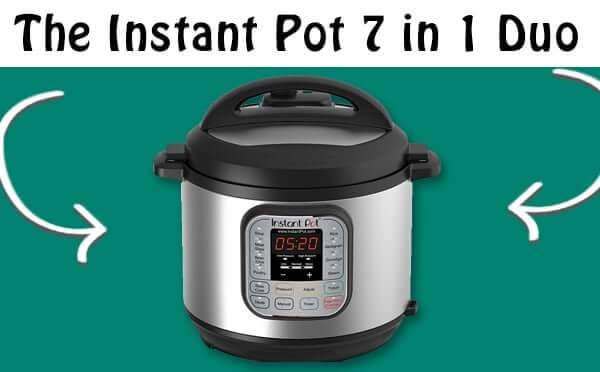 Thanks for reading all about the main Instant Pot Terminology. Once you get into the swing of things you will soon grasp what people are talking about when they are discussing the Instant Pot. I recommend that you save the details above so that you can refer back to them for when you need it.

If you don’t have an Instant Pot yet then the one below is the one we have: 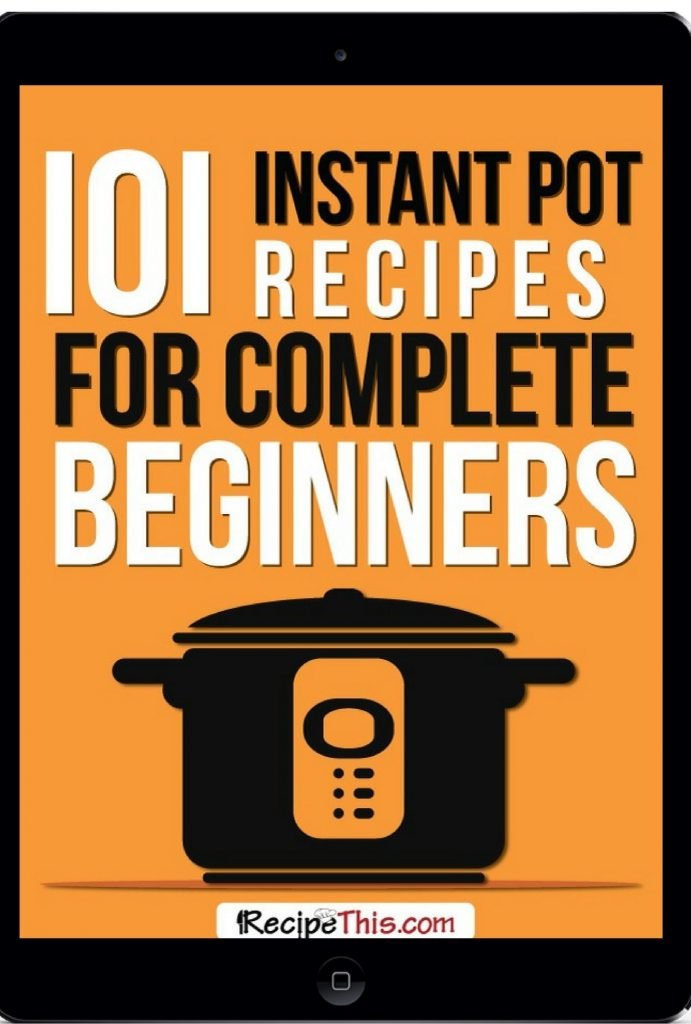